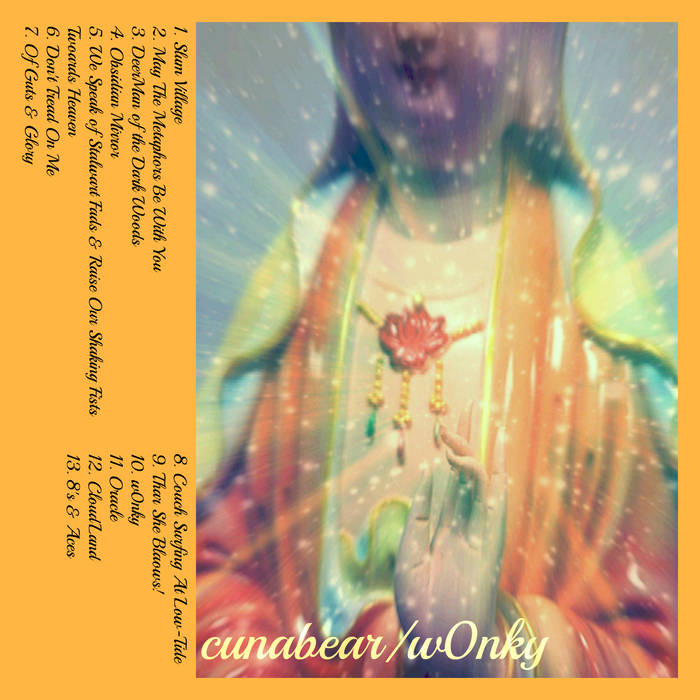 Jason Allen Dude this album is so trippy and so different. I love it I hope it blows up everyone needs to hear this Favorite track: 8's & Aces.

"This album has gone through many changes.
The original concept was something along the lines of a soundtrack accompanyment to a Cowboy Bebop/Cosby Show/Final Fantasy/Atlantis The Lost Empire mash-up manga I was writing.

The manga turn into an animation project- with each song being planned to have a cartoon visual to help progress the story, and each visual being a different style of drawing/animation.

Then Bill Cosby was arrested, so the story changed.
And then my friend passed away, and the story was abandoned.
And soon after- when writing for the album had officially begun, my computer's motherboard crashed, and I was left without a way to record or produce the second half of this record.

I was at a loss for what to do, if to do anything was an option for me to take. I struggled with a level of depression and anxiety I hadn't experienced in years and fell recluse, away from my friends and family.
I felt isolated and uncertain, but as the days continued I felt many of life's important lessons were being brought to light.

There is a lot of personal growth in the moments where life seems most fleeting. It's important to continue to live for the people you love, even when they are gone. No matter what you believe in, remember to cherish the little moments, embrace the darkness, learn from your mistakes, and breathe slowly. Life moves as quickly as you let it."

All rights to their respective owners.

Bandcamp Daily  your guide to the world of Bandcamp